For something more in-depth on the WildStar Stalker than the article below, I strongly recommend getting this wildstar manual. So far, it is the best leveling guide and walkthrough I have found. This saved me from researching by myself and thus giving me more time for gaming.

When it comes to stealth, slashing and slicing, no class in WildStar does all those things at the same time quite like the Stalker. Stalkers are melee assassins who use medium armor, a special nano-powered suit that protects them and lets them utilize stealth and dual claw weapons to slice their enemies into tiny bits and make any battlefield their playground. Stalkers can either be damage dealers or tanks. They also get a wide array of bombs and drones to aid them in critical moments and apply a bit of crowd control where it hurts.

For leveling, utilizing a pure Stalker DPS build is most likely recommended. Tanking Stalkers will be able to level efficiently, especially while running dungeons, but a solid DPS build will help you power through questing and all PvE content the quickest.

When deciding between which skills to take in your leveling build, make sure to keep both pure DPS and utility in mind. Stealth is an important part of all Stalker builds, but how much you use stealth may depend on your build and particular playstyle. Stealth builds do extremely well while soloing, however, especially since you can use stealth to skirt around the edges of a densely-packed area, pick and choose your battles with ease and use it to escape certain death. 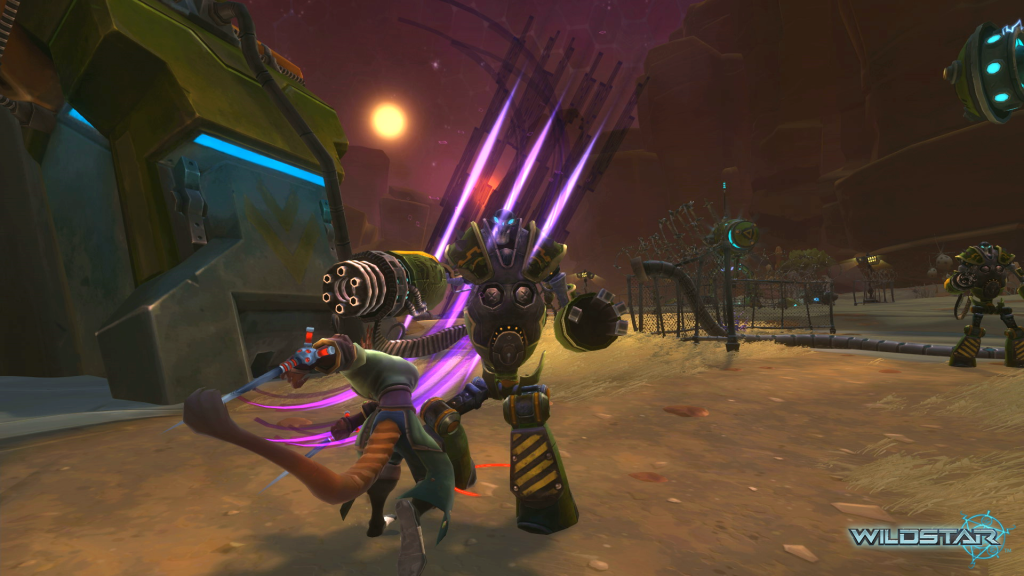 When using a stealth dps build, make sure to pair it with abilities like Concealed Slash and Partial Camouflage. This setup will allow you to strike from stealth and deal large amounts of extra damage upon coming out of stealth.

For Stalkers who prefer action that’s a little more direct and non-stealthy, you should pick abilities like Pounce and Onslaught. Use Pounce to open up combat and follow through with Staggering Strike, Raging Strike and Tactical Strike. Onslaught is your main DPS cooldown that should be used when extra damage is needed.

When exploring the leveling zones, make sure to explore areas thoroughly for random quests and bonus events, vendors and path objectives. As a Stalker you’ll be able to explore areas easier than many other classes as seen in http://www.wildstarclasses.com resulting in leveling a bit faster, so remember this when choosing a path.

Also be sure to pay attention to reputation vendors that are often found in major quest hubs. Each zone will generally have a certain faction tied to it which will allow you to gain reputation and purchase unique goods. You can find some excellent gear upgrades off these reputation vendors.

For something more in-depth on the WildStar Stalker than the article above, I strongly recommend getting this wildstar manual. So far, it is the best leveling guide and walkthrough I have found. This saved me from researching by myself and thus giving me more time for gaming.